Inspired by a D.I.Y. attitude and a desire to break down the barriers of visual art and explore local creativity, AJ Garrett and Rebecca Little have presented exhibitions and events in Teesside ranging from the region's first fanzine festival in Middlesbrough to a secret history walk in Stockton. 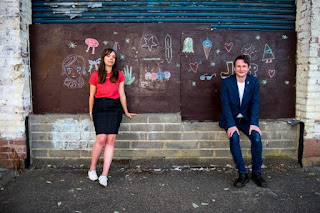 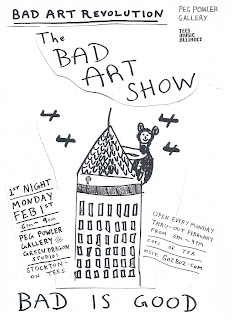 History
PP was formed by AJ and Rebecca in 2010. For one whole year we curated a series of month long exhibitions from inside an empty gallery space within The Green Dragon Studios (Peg Powler Gallery @ The Green Dragon Studios}. The exhibitions were a mixture of group shows and individual, featuring the best alternative local underground talent on Teesside. AJ and Rebecca would personally open up the space one night each week to provide a free and informal setting to view art. Alongside the art the gallery provided visitors with the opportunity to draw, use the zine library or have a cup of tea and a slice of microwave cake.The opening night of each show hosted musical performances, guided tours and artist talks. The Peg Powler Gallery has since expanded and now works across various locations and sites around Teesside and other areas of England. We have gone from being a gallery, to more of a visual arts gang with AJ and Rebecca the gang leaders and many artists we are loyal to as our honorary members.

All of our projects, exhibitions and events are usually ran with a zero budget. Our name 'Peg Powler' was taken from old English folklore - Peg Powler was a green skinned hag that was said to inhabit the River Tees. 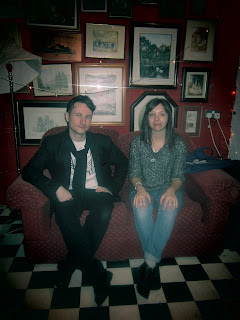 (AJ and Rebecca at PP's Film Festival in Newcastle)